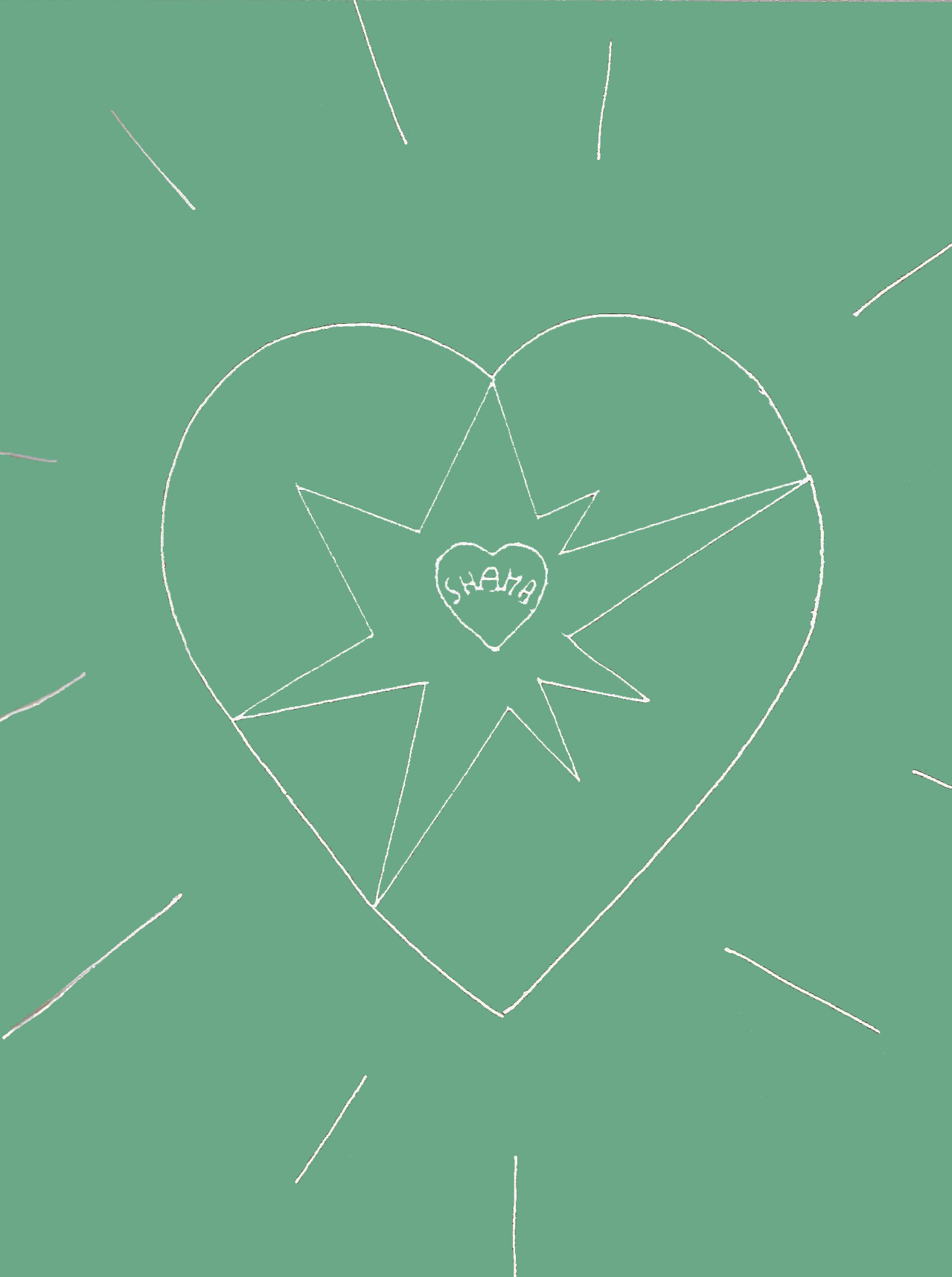 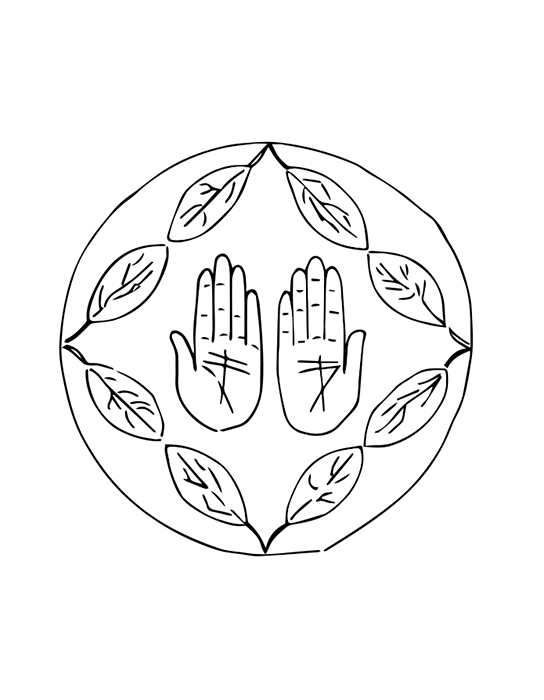 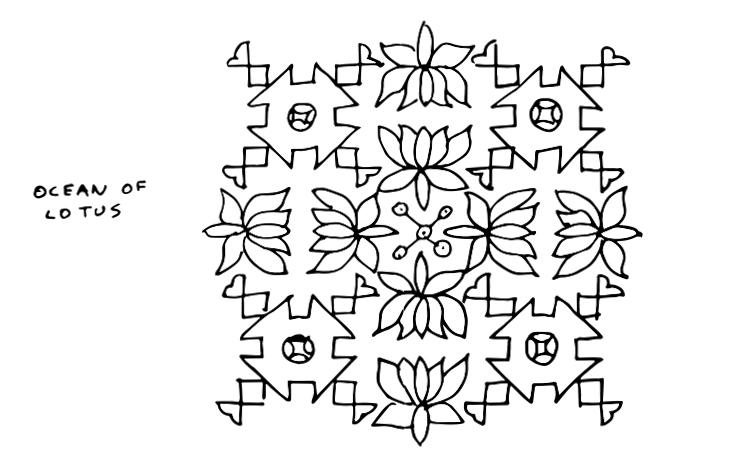 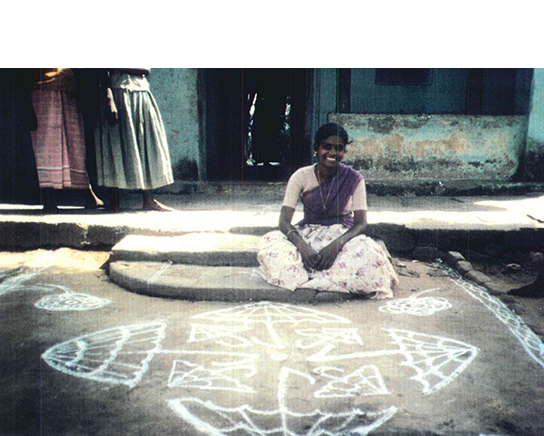 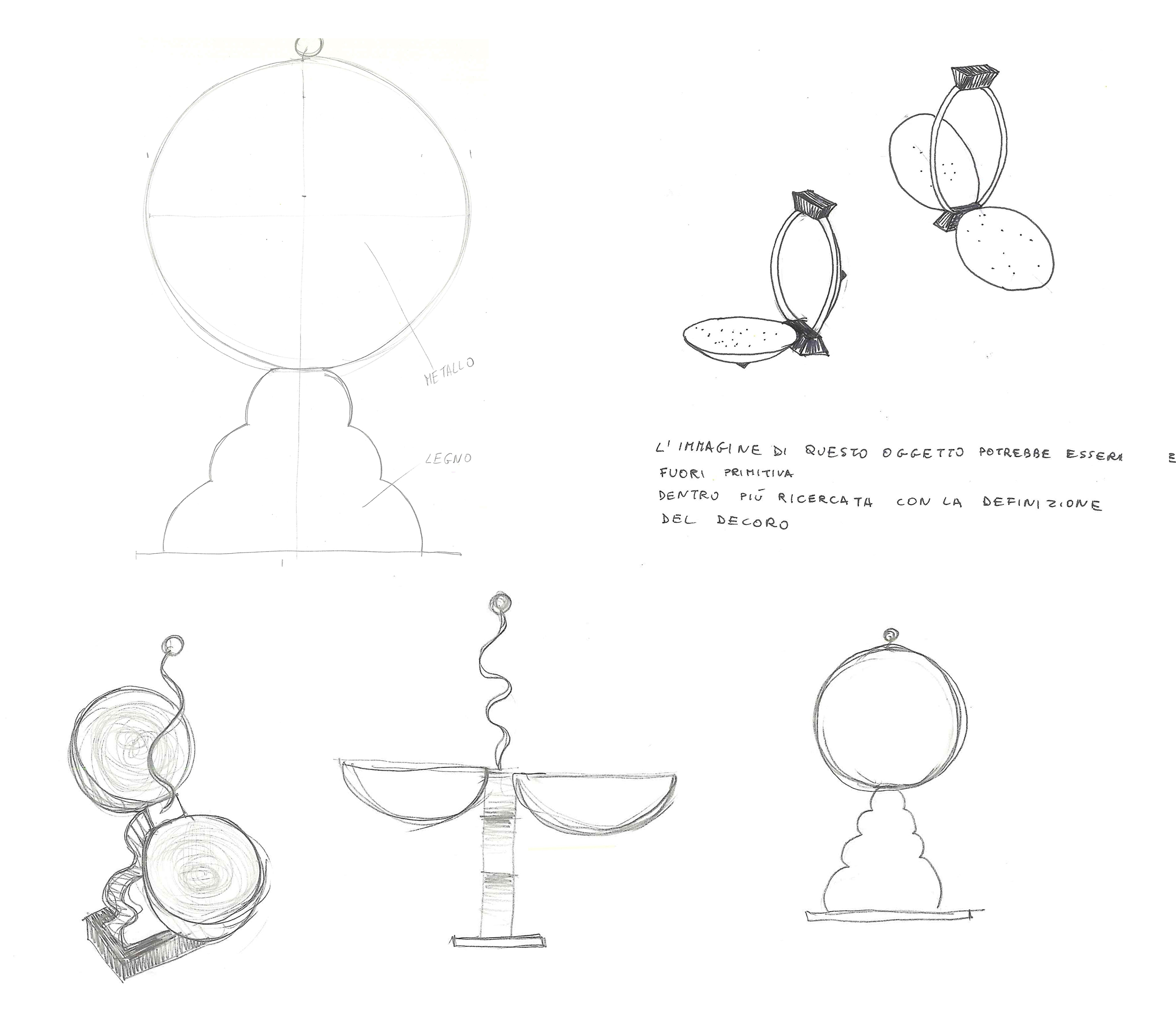 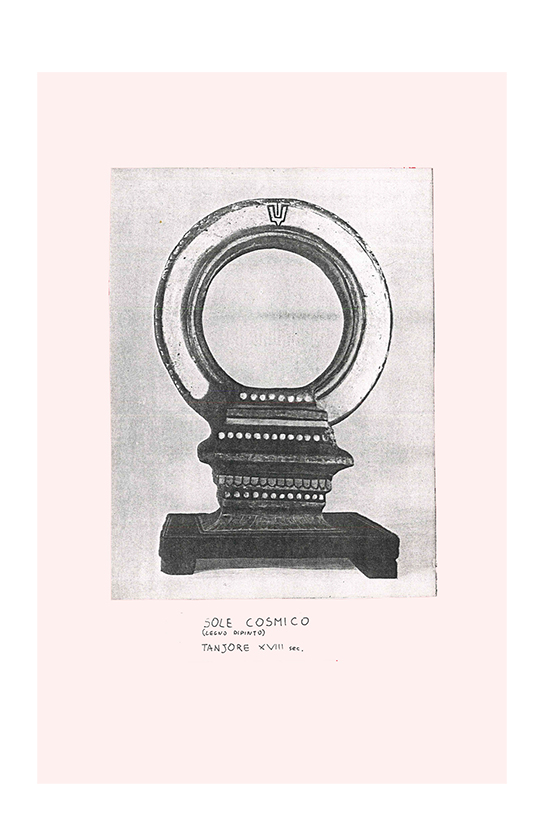 “To the cosmic intelligence

to the guardian angels

to the enlightened masters

to men of heart

to women of action

to all the creatures of the Universe

It goes without saying objects assume their own forms, by themselves, drawing from the infinitely profound territory of the collective unconscious. Ours is an age in which the tribes acknowledge each other, in order to reunite in ancient families. The task of objects is to symbolically evoke lost messages. The true secret remains forever incommunicable; it cannot be borne on a whisper, from mouth to ear. To possess it, on must reach the point of assimilating it spiritually, discovering it within oneself. The discovery is made by way of symbols, which speak eloquently to the independent thinker. Our condition as designers is that of being in the world, totally. We belong to a tribe that concerns itself with the transformation of energies. For us, ‘the great work’ can also be accomplished trough objects.

While travelling for the first time in India, I decided to try working in a new way as a designer, with an empty mind, free of preconceived ideas, allowing external forces to guide me to the heart of creativity and to provide the responses to the questions posed by making objects: why abd for whom? I imagined objects that could put human beings in contact with the divine, capable of recounting ancient stories. My own values as a designer were confirmed by this: if one cultivates a condition of receptiveness, it easy to tune into the secrets of the world as they emerge from fire, from the wind, the stars. The forms and responses we seek are there, waiting for us.

The journey to India left a profound mark within me; I chose to immerse myself in its ancient memory. I worked with archetypal forms, with cosmic symbolisms, seeking to create contemplative, possible even magical objects. It is not with domesticity that I wish to concern myself, but ‘cosmicity’, if you will. It’s like a progressive shifting of one’s point of view. I find it impossible to think about any one thing without seeing the interdependence of all the phenomena of the universe. I believe that the possibility of making a genuine qualitative leap forward along the path of human evolution depends on our capacity to see beyond. If the designer is truly a creator, her work is thus an existential mission dedicated to the care of her own soul and those of people around her. Our responsibility as women is to be always aware of the fact that work in itself is not an affirmation of the ego. The feminine way is not the accumulation of power but the continuous giving of energy, knowing all along that there exists a cosmic intelligence capable of revealing everything to us. For me, success means finding the harmony between being and making.

I work with the belief that, through the use of quotidian objects, one can reach the path of awareness: all objects have soul, and they dance together with human beings in a cosmic dance, in harmony with the whole of existence.

I notice a distinct absence of utopian idealism today, something so important and widespread in the seventies, now completely forgotten. A vital aspect of every field, it is fundamental to design. What I am trying to do is cleanse myself, to empty myself completely in order to start again at the beginning. Like a Zen painter who produces nothing at all for ten years, and then makes a simple, perfect mark. I think it’s important every so often stop generating ideas, discourse and objects and to start afresh.

Life is an expanse of time and space which allow us to realize our dreams, to see the light, to know the vastness of our inner selves. I’ve felt since I was a child that one of the things I had to do in life was to expand myself; I’ve always wanted to expand my energy in ever more creative way so as to provide joy for myself and for people close to me.

The coexistence of objects and gestures, new gestures, such as coming home and lighting the fire and incense to purify the space, is a natural aspect of life in many places, where such gestures have been passed through the millennia, timeless daily rituals. It is this ritual that I seek in objects. The aims of encouraging others to do the same is nourished by the hope that the objects themselves will move something with them. There are objects whose messages are extraordinarily humble, but even these objects can be rendered ritualistic.

The entity with whom we seek to make contact, which seems so distant and unresponsive, is actually within ourselves. At this moment we have the possibility of recognizing that we are God. God is dead only insofar as he is no longer outside us, but within us. Bells, sounds, scents, materials, both archaic and mythic – these things offer us the chance to fill ourselves in the realm of the divine. This is my prayer. This is my way of working. I believe that all of us can become divine if we succeed in getting in touch with our eternal selves. Sounds, smells, materials, images and quotidian gestures can help put us in contact with this energy.

We have always wanted the goals of work, love and spiritual quest to travel together in the same direction.

[…] We have worked with fire, iron, copper, ancient minerals, and with the resulting objects have created a ‘golden habitat’, seeking a synthesis between East and West, between the male need to concretize the identity of a given design and bring it to material life, and the female tendency to dissipate, to embrace the mysteries of existence. We have tried, with extreme earnestness, to communicate through objects the necessity of becoming one with the divine. The path of the spiritual seekers crosses that of the designer. More precisely, I felt a personal responsibility for the souls of the objects that accompany and sustain the lives of human beings. After seven years […] I felt the urgent need to know other realities, to better understand where I might find wisdom, and to whom I should transmit it. Thus began a nomadic period, of research and hidden secrets. I stopped doing and thinking about design for many months, taking a distance from the field just at the moment of its greatest expansion. I unveiled the secrets of my voyages into the belly of the world in order to arrive to the heart.

The journey to India (1998) was extremely important for me in recognizing my identity as designer-shaman. Tuning into the exigencies of a humanity in evolution, deciphering the symbols of ancient civilizations: I believe it is my task to revive a notion of design that vibrates horizontally, soft and all-embracing as a wave, comprehensible and repeatable. The Indian bazaars are full of objects, large and small, for the home, for the body, for worship – forms in perfect harmony with the needs of the people, anonymous design which, absorbed into the humility of daily life, contains the secret of wisdom.

I want to make small objects in large editions which can thus enter into many homes, or into the pockets of those without homes. I would like the process of contamination of Western habits by Eastern rituality to be a silent one, dynamic and luminous. The more serialized that objects become, the more they enter into those realities strangest and least known to us, those which escape us. In this way one can enter reality through one’s work, which is one and the same as my existential path.

My position in relation to my work is not one of renunciation, but of progress down a more esoteric and subtle path. Without walls, without structure, could be the empty channel that welcomes and receives. Throughout these years of working I have always taken very seriously my responsibility to give life to objects. I feel very deeply the tragedy that exists in the universe, and I feel that the more it grows, the more responsibility one must assume. Without responsibility, without searching for and giving meaning to things, there would be no joy for me in creating, in driving myself. This for me is what it means to be a woman of action, and this, in relation to the man with whom I’ve worked, has played an important role. For them the essential thing was to manifest their art materially; for me, there had to be an absolute interpenetration of being and making. And thus our contributions were reciprocal: I provide reflection, and they taught me to give it material form.

I have always explored situations that go beyond the culture of materialism, hedonism, rationalism. Over the years my work has been characterized by a constant research into primordial forms and materials, which results in objects that are ritual in nature, contemplative, archetypal. Objects which heighten our awareness because they come into contact with the interior world. I have chosen to live without a fixed residence because I think that my work as a designer is better served by nomadism, which allows me to know the secrets of the world, to stay in touch with ancient wisdom. For me, every design project is an occasion for comparison and renewal. It is important not to allow the ego to become compartmentalized, thereby producing a style. […]

Objects assert their archetypal function within the new rituality.

I hope to become ever more receptive in order to hear the secret messages of humanity and to restore essential materializations.

To sit at a round table and exchange words and glances is a precious moment, energies move and shift, information is received, nourishment for existence is shared. Yes, I like round tables, also because sooner or later Lancelot might well arrive.

If all is in harmony within the home, it can function like an architectural medicine, an equalizer for the body, mind and spirit.