“You will be more abandoned once

Things have abandoned you.

They say yes to everything.

It’s still about objects and people; but this time, perhaps, a bit more about people.

But let’s approach this is an orderly fashion, because, after all, this is narration, and the time sequence is important. To cut a long story short, what happens is that, after several years, a group of individuals linked by their shared interest in the conception and production of objects, decide to take a break.

How to go about reflecting on what’s already been done? How to see its effects on the present? How to put experience to use, in order to see what’s going on?

Casting a backward glance, the informal association shaped over years of interaction between the workshop, the craftsman’s outlook, and inventors of objects and architectural settings decides that the time has come to create a space meant specifically for experimentation. The Centro Studi Alessi is born.

Alberto Alessi and Alessandro Mendini share the same dream. They meet and involve another person who, during her training, had already pointed out a similar: Laura Polinoro.

Put like this, it all sounds simple. But an outside observer (such as myself)

notices right away that this is no normal development. In order for Alessi workshop to create a Study Center, various unorthodox elements had to be present.

It strikes me that Alessi’s way of going about things has been unusual in the context of the production of objects on an industrial scale in Italy (and elsewhere).

Because, in this case, things didn’t happen just on the basis of ‘corporate experience’, or just as the consequence of some debate about culture. There are unmistakable signs left by a complex of personal relationship and of the flexibility of a history made up of informal conversations and shared meditations on what was being done.

This workshop atmosphere, which Alessi has by some miracle managed to preserve up to now (but will we succeed in convincing them to keep on in the same manner?) is closely connected with a freely flowing human dialogue: objects are important, of course, but as a link between people. And the Centro Studi, born of a backward glance, is anything but a tight-laced laboratory where industrial prototypes are created. It is, rather, an amplifier for doubts and ideas, where the elements of ‘let’s give it a try’ and ‘it’s important to make mistakes’ mean that there’s always as good amount of fresh air in circulation.

In short, I think that, if the Centro Studi Alessi has become a place for experimentation, this is owing above all to the fact that it has only an indirect ‘relevance’ to a strictly corporate way of going about things.

Its ‘fuzzy logic’ and elasticity of mindset are, most certainly, those of the craft workshop, with its characteristic time frames. What’s at stake here is the creation and maintenance of a structure of relationship able to put to fruitful use every apparent deviation from the norm, everything which is ‘off the subject’. Alberto Alessi has explained […] this characteristic of the shop, where the precision with which each single phase is carried out is matched by a lack of precision regarding the time frame. It is time, stretching out or drawing itself in, that gives greater or lesser substance to an object. The moment at which the latter is ‘made’ is just one moment among the many in its life.

Another basic tenet of the traditional craftsman’s shop which has carried over into the Centro Studi is that ‘the windows must be left open so that the outset world can stick its head in, not infrequently upsetting preconceived plans and schedules’.

This has been Laura Polinoro’s task since the very beginning: to embrace the confusion caused by new ideas, to play around with elements in a way that might appear irreverent to many connected with Alessi’s past.

This is the pragmatic, discussion-oriented method of workshop and construction sites. We might take shipyards as an example, or master craftsmen […]. The flow of people who drop by ‘just to watch’ is unending.

The master makes his measurements and cuts the wood, but there’s always someone there talking at him, ready to express an opinion, […] seagoing people, who are already able to perceive, in the skeleton of the boat as it takes shape, its ability to stand up to wind and waves. But without those open doors, without this interactive process of defining of the work in progress, the master boatbuilder wouldn’t exist. The very garbo or garboard he uses to shape the curves of the boat is a tool for dealing in relationships. It reflects a way of doing things based on an idea of harmony between the parts, […] changing along with the outside world […]. I imagine (and, to certain extent, I know, having come in contact with it both on and off its own premises) that the Centro Studi Alessi came into being as something resembling my master shipbuilder’s yard; as a place, that is, where today’s objects and their power over us might find room to express themselves. In this sense, Alessi, through the Centro Studi, aims to understand a little better ‘what’s happening out there in the world,’ before making any attempt to intervene in that world.

This gives rise to what Mendini has called a post-functional anthropological vision of object-making. […] The objects people use become companions, taking on symbolic power that helps us go on living […] a given object is at once merchandise, an object of affection, a tool for use and exchange, a fetish, a souvenir, and all those other identities one may imagine for it. […]

The transformation of the world of objects has made its forceful entry into the Centro Sudi. How? I think the most interesting answer is that it came in because there was room for it. It’s a space for exploration not aimed directly at a production-oriented end result, once more a space dedicated to studying topics such as, for instance, ‘fetishism in traditional and primitive societies.’ […]

The Centro Studi has worked using a patient, open methodology, gathering together the ideas of outside researchers, anthropologists, historians, semiologists and ethnopsychiatrists, along with those of inventors, designers, artists, and architects. What’s worked out has been the way the operation itself was set up. Ideas really have flowed and circulated. I mean that even the most remote suggestions have been taken up and batted around at various levels.

The idea that objects have therapeutic influence, […] or that a certain everyday animism transforms objects for practical use into animated toys.

All this has become drawings and prototypes and, every now and then; a series of mass-produced objects.

[…] I say this in the full awareness that the objects themselves will in turn influence what people ‘out there’ are doing.

And this is the other important element: the taking of objects – ‘things’- seriously, saving them from the banalizing impact of functionalism, from a reduction to their mere economic value. […]

Alessi’s public has accepted, surprisingly easily, the changes in tone, the drastic breaks, the U-turns of these past years; all these are made acceptable as the development of a discourse by the fact that the objects created refer back to an original collector.

It’s like the case of Utz, a character in a novel by Bruce Chatwin who collects porcelain: his motivations make for an intriguing story, which leaves room for interpretation and which masks a (subtle or intense) irony. Is he a collector? A spy? A happy or a desperate man? Or one who has always hung onto his sense of irony, so that his collecting reflects the world’s ambiguous richness? […]

And it is amusing to note that the metaphor of the window used above, in order to express the way the Centro Studi ‘reflects’ on the destiny (and reflects the destiny) of objects out there, on the manner in which we today get objects to keep us company, in turn sends us back to real shop windows, those where Alessi objects are on display. In the display window, too, Alessi objects make up a context […]. In this sense, objects ‘animate’ one another and create stories (and stand up on their paws) […].

But something has changed in recent years: to functionalism, and then to the functionalism of collectable beauty, there has been added a return to the emotional value of objects, and thence to their use as go-betweens in relationship. Yes, these are collections; but collections referring to the relationships people can set up between objects. Attentive to what the world out there is beginning to feel, the Centro Studi has been developing an interest in the fact that […] objects are go-betweens in relationship, alliances, fights, misunderstanding, loves and hates. A new period of research is getting under way; and the contextuality for which collections were once metaphor is now a contextuality of interpersonal relationships.

Objects pass from hand to hand, rest between bodies, touch and are touched by men and women, misdirecting or facilitating contact between them, becoming the present or a memory, a gift or a restitution, saying ‘I’m giving you this to show you what I’m like’[…]. 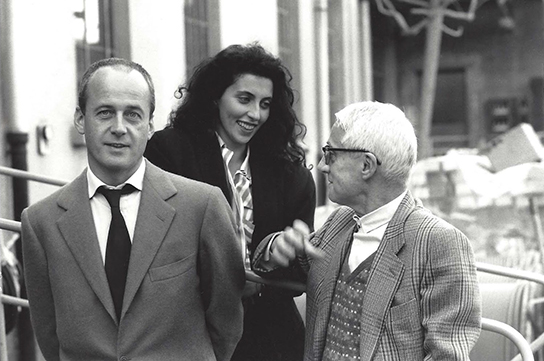 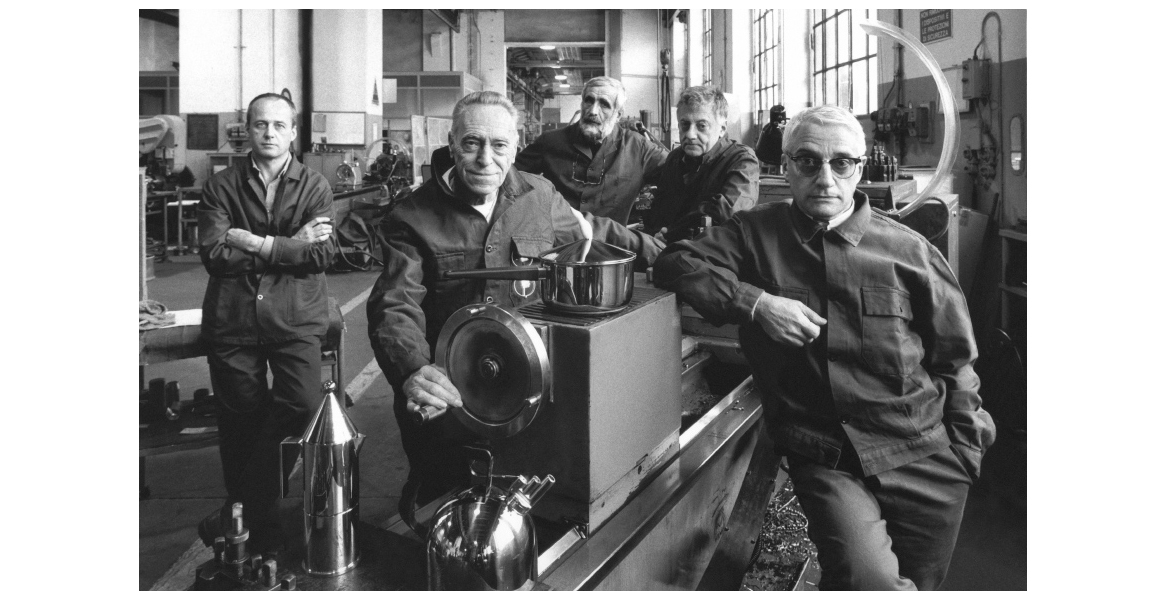