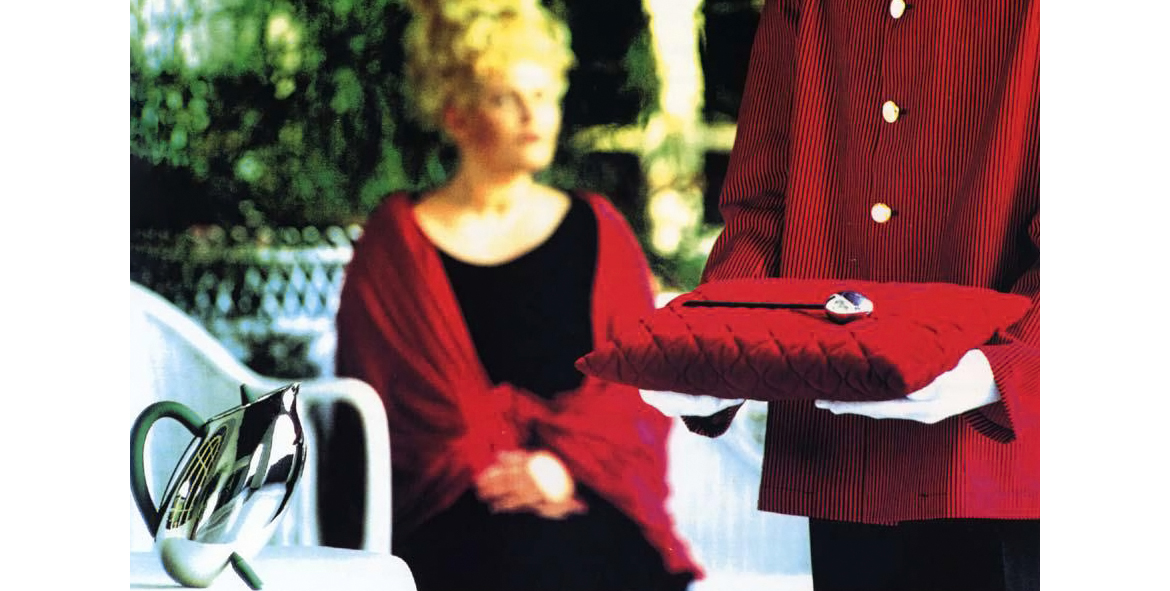 Yes, we were on fire! Ablaze! No one got burnt, though, because we were all made of its very same nature, the fire and us: we blended together and cross-pollinated each other and thanks to the fire itself did so without any pain (or just a little pain) and without any burns (or maybe just a few).

Purity of intent, springtime vitality of participation, sincerity of words and gestures, a kind of “adult childhood” came over us!

We thought—and we said so among ourselves—that a design that only thinks about the objects and not also about itself and its future, neglecting itself, is not design, if only because it has no self-respect.

We read and listened to the psychoanalyst (Fornari) who came to talk about putting affections in order, analyzing and codifying them.

We read and listened to the sociologist (Franco) who guided us through the cities and countrysides of the world making us notice every detail of the future of our fellow men.

We read and listened to the company men (Alberto, Danilo, Massimo) who candidly told us the truth about their home/company and about what they were looking for, maybe not telling the whole truth, but a big part of it, yes .

The man of the home/company wasn’t lying just to seduce us, there was no need for that because all of us were already on fire, he wasn’t lying to himself either because the reality of his home/company was pleasant and therefore needed no analgesic lies in order to forge ahead and, consequently, neither did we ‘designers’ feel the need to put on aires.

We ‘designers’, some of us semi-beginners and others already somewhat ‘initiated’ but still ‘in the rough’, would read and listen over and over again, very seriously and with respect and affection, to all who passed through bearing facts, concepts and questions, we reflected in solitude or in small groups on the things we’d read and heard and then we’d came back to them with questions, some sort of babbling response, some beginnings of perceptions, some signs, some dreams, some drawings.

And gradually, as one meeting followed another, we began to become more than we were at the beginning, both we, the ‘designers’ and they, the ‘bearers of questions’.

The ferryman/woman? of this little journey we’d embarked upon together was Laura; she brought us together, prodded us, urged us, gave us food and drink, unnerved us, smiled at and accompanied us.

She, too, gradually became something else during this journey, and the beauty is that no one, neither Laura nor the man of the home/company, nor the psychoanalyst, nor the sociologist, nor we ‘designers’ knew where we were going and what risks we might encounter, but we went along out of appetite, engulfed in the gravitational waves, it was natural… destiny.

Then after having traveled awhile with the meta-things, the ‘things’ began to arrive, the ideals became objectified, unreality was realized, metaphysics appeared to us in its physical form, after all, De Chirico called metaphysics half physical and half not!

At some point in the little journey the home/company became a workshop that made actual things, thanks to its thoughty technicians and its handy technicians magical and delicate models and prototypes emerged: the first visible epiphenomena of meta-things that we’d conjured up during our little journey, stammering appearances, loving, full of good hope and good health.

Laura, Alberto, Danilo, Massimo and we ‘designers’, guided and advised by the bearers of questions (Gozzi, Cecla…) who followed us, standing by our collective side also in this phase of ‘objectual apparition’, we all experienced vivid emotions as we began to see the birth of the possible, and hoped that these babblings of form and material that were appearing would grow up strong and healthy and go on to have an autonomous life in the outside world.

When Laura, Alberto & Co. and a little bit we ‘designers’ as well considered that the objectification of the ideal was in its final stage and ready to be shown in the shops, the next step was to present this objectification to the ‘market captains’ who worked in or for the home/company, and they, watching and touching with care and kindness these objects/infants, accompanied them to their adult life understanding their value and knowing how to place them on the various shelves of the various marketplaces scattered about, knowing how to criticize or encourage them and in any case knowing how to treat them to get them to talk to the people.

In the phase just before diving into the market pool, the alchemist Giacomo transformed these objectifications of ideals into images by working with light and shadow, in a certain sense taking a final step backwards: from matter and a freshly-minted physical presence, we returned to the evocative power of an image inserted into a conceptual landscape that by then had become clear to everyone, here at the end of the journey we’d started together.

Giacomo’s images, along with texts by Laura, Alberto and others, were turned into a book/catalog called FFF with a glistening cover and contents like the special effects lightshow of a pop/folk festival.

When the people with whom we wanted to speak saw on the shop’s shelves this illuminating book and these objects/fires they adopted the FFF family and welcomed it into their homes, touching and using the objects in their daily lives.

These objects, generated by a common journey, penetrated into the populace’s space and time with fluidity and relevance, some more than others but all of them have since generated landscapes and families (landscapes at times legitimate and harmonious, other times also plagiarized and awkward coming from other places, but that’s the way it went!) and, above all, they communicated sincerity and enthusiasm to those who adopted them.

These laboratory/workshops did not have the objective of simply ‘filling up holes’, real or presumed, that some market researcher had, with more or less foresight, identified in the marketplace, rather the objective was to step back and seriously reflection and analysis before proposing things to the people of the world, stepping back and then taking a running start like athletes do before the starting pistol in order to move more powerfully and with more relevance.

Today, are these laboratory/workshops still conducted, in these safe-houses that allow the time needed to acquire the resources required for designing? I don’t know! Maybe yes, maybe no.

Personally I starting doing and thinking about other things and it’s been some time now that I haven’t kept up with what’s going on.

It would be nice, however, and helpful if Laura and her co-ferrymen created another big ol’ laboratory/workshop today to bring together those who today have the strength, the desire and the pleasure to once again study together, to reinvent fantastic, never-before-seen landscapes to send off around the world, proposing them to people everywhere; landscapes that are worthy of us and our future. 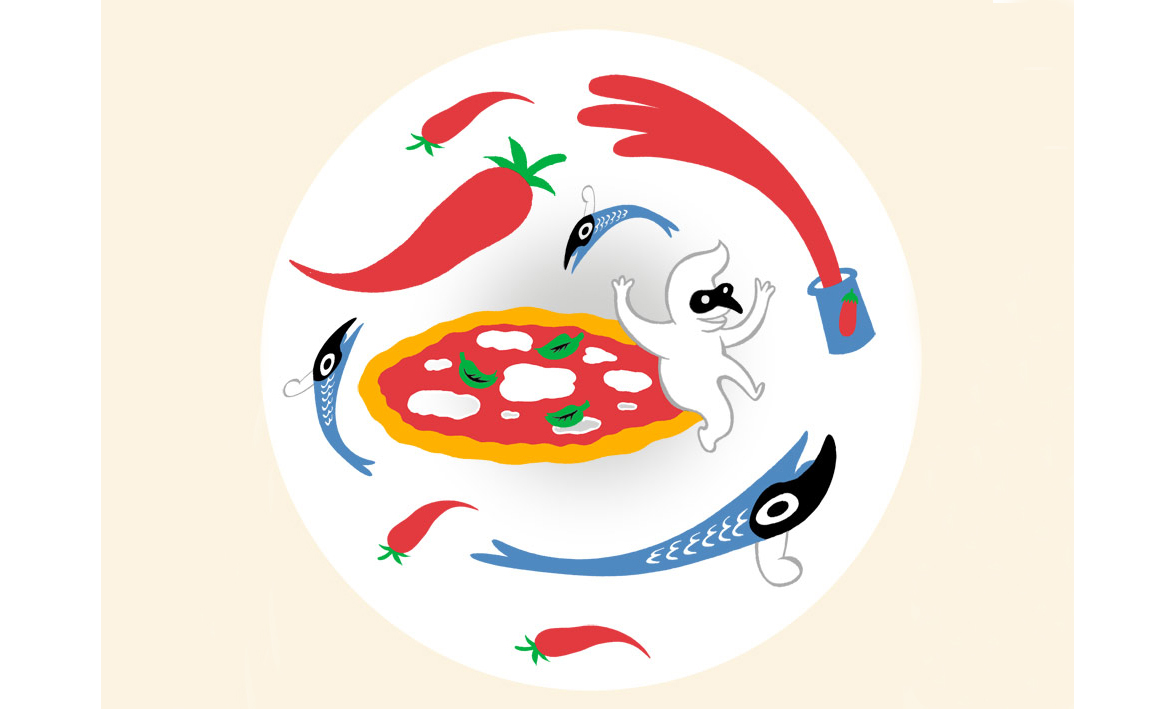 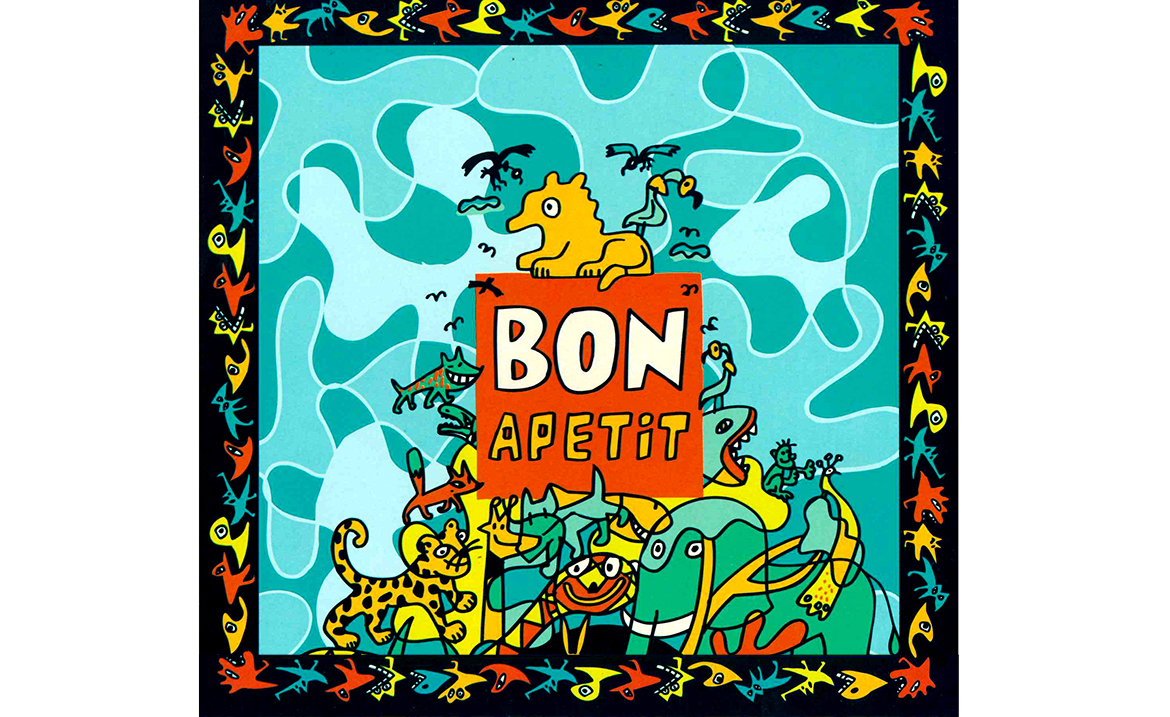 The Catalogue Comix in the Kitchen 1996 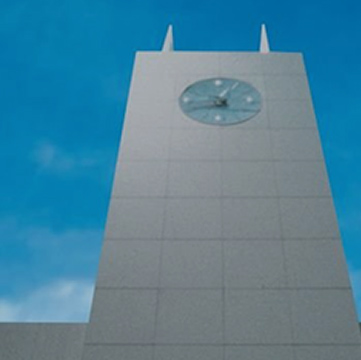